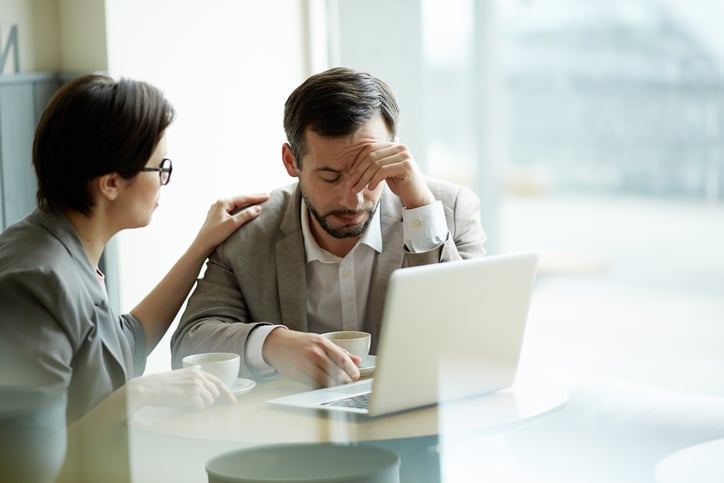 6 May 2020 posted by Recovery Partners

Twenty nine-year-old Tom* needed return to work assistance as he was working in a high-pressure job in industrial relations when he experienced the traumatic loss of a friend and former work colleague. Tom had just experienced a period of particular work stress when his friend passed away, and the grief hit him hard. He took annual leave from work for several weeks while contending with his shock and sadness, then attempted to return to his usual responsibilities. ‘That initial return to work was unsuccessful,’ explains Recovery Partners Senior Rehabilitation Consultant, Jade Morgan. ‘Tom liked his work and was good at what he did, but it could be quite stressful. The mental health challenges he experienced in his bereavement limited his ability to engage and cope with his workload. He only lasted a day before he realised it wasn’t feasible.’

Tom put in a claim for Income Protection and was granted a temporary salary continuance while dealing with the impacts of his grief. ‘Income Protection comes under the umbrella of Life Insurance,’ says Jade. ‘Not all employers have it, but Income Protection allows eligible workers to receive a percentage of their salary when they’re recovering from a non-compensable injury – one that was not sustained during work or arising from work duties. The type of insurance doesn’t impact on the rehabilitation and return to work services we offer, though. Each customer is treated as an individual and we do everything we can to assist them in their recovery.’

With Tom, the assistance Jade provided was primarily as a liaison between him, his employer, the insurers and his GP. ‘I’ve had mental health training which helped me understand Tom’s condition, but it was also important to grasp the complex cognitive and psychological requirements of his job and the political and cultural environment of his workplace and sector,’ Jade says. This informed her role as an intermediary, allowing her to communicate effectively with all parties about Tom’s case, capacity, and progress.

‘An initial RTW work plan was devised in consultation with Tom’s GP,’ says Jade, ‘but, when I put it to the employer, they didn’t think the gradual pace of his return to full hours and duties would work. They proposed an alternative plan, but Tom didn’t feel ready for it.’ In fact, Tom actually regressed a little in his recovery at this time, Jade says. ‘Tom had high standards for himself and wanted to return to his job but wasn’t mentally capable. He was still experiencing some typical symptoms of anxiety and depression that hindered his ability to work, like frequent crying, poor energy, memory, motivation and concentration.’ The RTW plan was paused while Tom received further treatment to address his mental health challenges. A psychologist was engaged, and Tom began regular sessions with them. Together with his GP, Jade encouraged Tom to eat healthily and exercise daily to bolster his mental health. Over the next two months, she kept in regular contact with Tom while maintaining his healthy lifestyle and counselling. ‘Eventually, Tom began to feel better and his symptoms lessened, so he decided to try to return to work at the pace his employers had suggested,’ Jade says. This RTW plan involved three weeks of partial duties, a fourth week at full hours and partial duties, then a fifth week back to normal hours and duties.

This time around, Tom made a successful return to work and has now been in his regular work capacity for over two months. ‘Tom’s still seeing a psychologist, but less frequently now,’ says Jade. ‘His GP will continue to support him. He’s doing well and has even managed to visit some work locations that he was very nervous about, as they were places his friend had also worked.’ While Tom’s grief over his friend’s traumatic death may not ever leave him entirely, successful treatment and support in the aftermath of it has helped mitigate some of the worst impacts on his personal life and career. ‘It was definitely a complex claim,’ Jade says. ‘But I’m pleased we were able to offer return to work assistance to help Tom navigate this difficult time and return to the work he enjoyed and got fulfillment from.’

If you’d like the return to work assistance of Jade or another Recovery Partners Rehabilitation Consultant to help your employees or clients deal with mental health challenges that affect their ability to work, get in touch with Recovery Partners.

If this article has raised any personal issues for you, please consider calling Lifeline on 13 11 14 or Beyond Blue on 1300 22 4636 to speak to a trained counsellor. *Names have been changed to protect the privacy of the individuals and organisations concerned.