A Collaborative Approach to Progressing the RTW Process 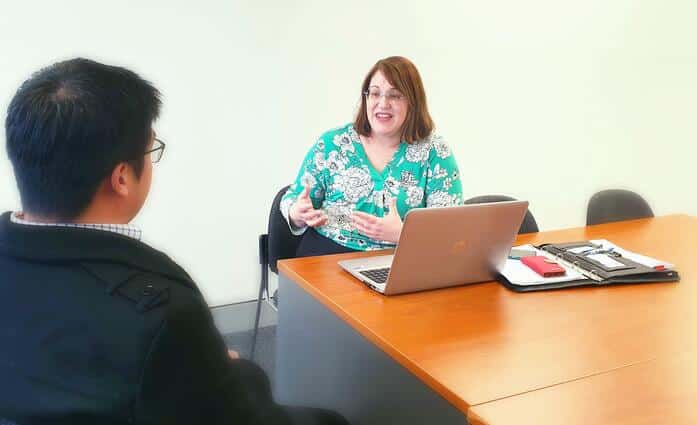 When a worker is injured, the recovery process can be complicated. Sometimes, their physical recovery is relatively straightforward, but hidden psychosocial barriers are at play, inhibiting their full recovery and capacity for work. ‘There can also be difficulties in coordinating and consolidating the Return to Work process in regional areas,’ says Alasdair Grant, Recovery Partners General Manager – Client Services. ‘It really requires an all-in mentality and inclusive approach with all stakeholders on board.’

This was the case with a recent Recovery Partners client in Bathurst, where a collaborative approach between the worker, the employer’s Return to Work (RTW) Coordinator, the Recovery Partners Consultant and the worker’s treating doctor transformed a stagnated RTW process into to successful one. Here’s how it unfolded:

*Rick, a worker in a Bathurst retail environment, sustained a foot injury, and had returned to work in suitable duties as he recovered. Rick had been encouraged to attend physiotherapy sessions to treat the injury, but was reluctant to attend them, and spoke of ongoing pain. Medical investigations could not suggest any cause for the pain. Due to Rick’s statements about his pain, his doctor had not issued a final medical certificate confirming that Rick could return to full capacity at work. Accordingly, the insurers could not finalise the claim and the employers were unsure of how to proceed.

Factsheet: The Rights of An Injured Worker

Stacey Walker, the Recovery Partners Senior Rehabilitation Consultant who worked on this case, says that her original intention was not necessarily to finalise the case, but simply to progress it. ‘My objective initially was just to gain a full understanding of what was happening from everyone’s perspectives,’ Stacey says. ‘I spent some time building rapport and trust with the worker and employers so I could get across the details and make sure I knew how everyone felt about the situation. Then, I travelled the three hours to Bathurst to meet with everyone in person.’

*Kay, the Return to Work Coordinator for the employers at the retail environment, said that Stacey was quickly able to open up communication and get everyone on the same page. ‘We wanted what was best for Rick, but sometimes the worker themselves gets lost in the whole process. There are so many appointments, paperwork and different people involved, it can be hard to stay on track. Stacey came in, assessed the situation, spoke with all of us and then came up with a plan.’

‘The employers were fantastic, and genuinely wanted to help Rick and make sure he was recovering well,’ Stacey confirms. ‘They were even willing to supply additional safety wear and pay for more physio appointments for Rick when the insurance stopped covering them.’ Stacey met with the store manager and Kay initially, then with Rick as well. In these conversations, Stacey called on her understanding of psychology, maintaining a positive and empathetic approach, choosing her language carefully, and focussing on the overall goal. ‘It was important that everyone felt heard, and I think giving Rick a chance to talk about his experience and feelings helped move the conversation onto what could happen next.’ Kay agrees, saying ‘Stacey made sure we understood what Rick’s position was, and his goal going forward, too.’

In a great display of this collaborative approach, Rick, Kay and Stacey then all attended a medical case conference together with Rick’s treating physician. ‘We all trooped down the road together to meet with the doctor,’ Stacey says, ‘so we could discuss the situation with everyone involved present.’

‘Stacey’s experience meant she knew how to present the information to the doctor so he got some context, and Rick was able to have input, too,’ says Kay. ‘It went well, and Rick and his doctor both agreed that he could issue the final medical certificate then, and the claim could be finalised.’ While treatment is still ongoing, everyone has been really pleased with the results, says Kay. ‘I spoke to Rick just last week and he said it felt as though a weight had been lifted off his shoulders. The store manager who works with him is happy with the outcome, too. Having a plan in place has been helpful, and a relief. Now Rick can begin to move on, and put his injury behind him.’

Kay has already referred several people to Recovery Partners, and we’re thrilled that the case was able to be resolved using such an exemplary collaborative approach. A successful return to work is a team effort!

If you’d like to chat with Recovery Partners about your RTW approach or any other workplace health and safety or rehabilitation matters, get in touch by emailing admin@rrp.com.au or calling 1300 OHS RTW (647 789).

*Names have been changed to protect the privacy of the individuals and organisation involved.

Support your staff in these times with Recovery Partners’ EAP service

How to do Social Distancing at home

Stuck inside but feeling fine? Here’s our top ten tips for making the most of your home isolation!

What are employer WHS obligations for employees working from home during COVID-19?