Director Sentenced to Imprisonment for Death of Worker 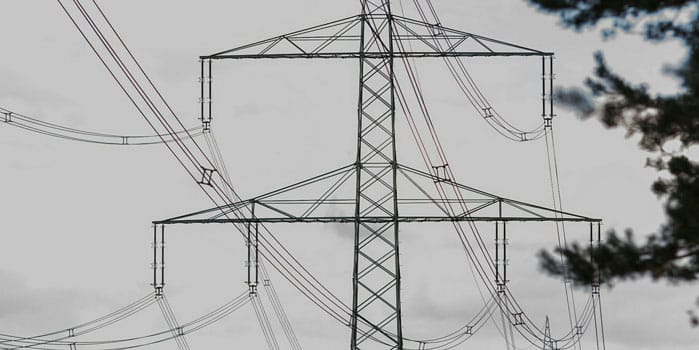 The tragic death of a worker on a construction site has resulted in a director sentenced to seven years’ imprisonment for manslaughter and perjury.

Mr Nathan Day was a licensed electrician and the Director of Cold Spark Pty Ltd (Cold Spark). Cold Spark had successfully tendered to carry out the electrical work at a high-density housing development in Clermont, Queensland.

At the time of the incident, Mr Day was 25 years old, had only three years of experience as an electrician, which was mostly in residential work and had limited experience in large construction work.

As the electrical contractor, Mr Day was responsible for installing a construction switchboard at the site. This construction switchboard was required to include an isolator switch, fuses for each circuit and residual current devices (RCDs). In short, the fuses and the RCD were safety measures which would prevent a worker from being electrocuted, for example, the RCD would trip and turn off the power if there was a short-circuit. Mr Day did not correctly install the fuses and did not install the RCD at the site at all.

In February 2012, Work Health and Safety Queensland (WHSQ) attended the site after receiving an anonymous complaint about work health and safety breaches. Following an inspection, a WHSQ Inspector issued an Improvement Notice and more importantly, an Electrical Safety Protection Notice for electrical safety breaches. The safety breaches related to outlets which had been installed on timber stakes connected to construction wiring that had been incorrectly installed to run along the surface of the ground rather than below the ground or on poles high above the ground.

Mr Day set out to rectify the problems by using a backhoe to dig and fill in the trenches to bury the wiring cable under the ground which were to be connected to temporary freestanding construction switchboards. On 27 February 2012, Mr Day and the backhoe operator had completed the works in two areas within the development before Mr Day received a phone call and was called away. The backhoe operator continued on to the third area, assuming that the power had been isolated and asked two labourers to help him. One of the labourers, Mr Jason Garrels (the Worker) was electrocuted after he came into contact with live wire and later died. The Worker was 20 years old and had only worked nine days at the site before his death.

A Queensland Coronial Inquest found that Mr Day was inexperienced and that, after the incident occurred, he had quickly stripped the main switchboard of all electrical components and had lied about there being a RCD installed. The Coroner referred the matter to the Queensland Police to investigate Mr Day’s conduct and the Director of Public Prosecutions to investigate whether Mr Day could be charged with perjury.

In July 2016, Queensland Police charged Mr Day with manslaughter for his criminal negligence of breaching his duty of care by failing to take reasonable care and precautions for the oversight and installation of the electrical equipment and during the rectification works. The Supreme Court of Queensland earlier this month sentenced Mr Day to a total of seven years’ imprisonment for manslaughter and perjury after he pleaded guilty to both offences.

Workplace Law Managing Director Athena Koelmeyer said “This action by the Queensland Police should remind directors and officers that a prosecution under work health safety laws is not the worst outcome in the case of workplace fatalities.  Law enforcement agencies may take the findings of a coronial inquest further and bring criminal charges, as in this case.”  Koelmeyer also said “There is simply no avoiding the message to employers that the health and safety of workers at work must be a priority.  It should be obvious by now that the consequences of failing to do all you can do to keep your workers safe are too dire to risk.”

Recovery Partners Director Simon Lloyd said ‘The industrial manslaughter laws introduced in Queensland are outcome focused and carry higher maximum sentences than Category 1 offences under the WHS Act.  The person’s conduct must be negligent and cause the death of the worker rather than just fail to meet the safety duty through a reckless action. I think other states will follow and add this element to their safety laws as a deterrent to cut corners.’

WHSQ also commenced proceedings against Cold Spark, which was fined $90,000 plus costs by the Queensland Industrial Magistrates Court after pleading guilty to a failure to discharge an electrical safety obligation.

Information provided in this blog is not legal advice and should not be relied upon as such. Workplace Law does not accept liability for any loss or damage arising from reliance on the content of this blog, or from links on this website to any external website. Where applicable, liability is limited by a scheme approved under Professional Standards Legislation.