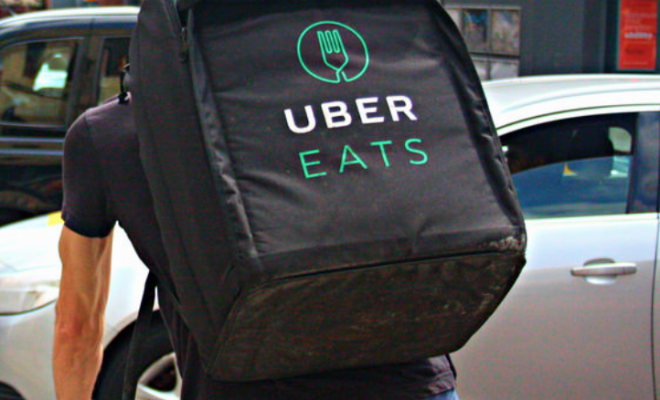 Earlier this year, we posted about the murky territory of safety management and work health and safety (WHS) for contractors, after four food delivery riders were killed on Sydney roads in the space of three months. For companies like Uber with business models that rely on contractors, the pressure has mounted to answer questions about the risks these riders are exposed to and who is accountable for their safety.

As pointed out by Recovery Partners Director, Simon Lloyd, the issue is really about the definition of a ‘worker’ in the growing gig economy. If a contractor is classified as an employee, they’re entitled to certain protections and rights under industrial relations laws and WHS regulations, but if they’re classed as self-employed, these protections may no longer apply.

Some suggest this designation as ‘self-employed’ makes contractors such as food delivery riders particularly vulnerable to exploitation and threats to their safety while working, and the recent Sydney fatalities can attest to this. Uber Eats, on the other hand, says that it is simply a platform connecting restaurants to riders rather than an employer.

The issue continues to be debated around the world, and there have been significant developments in recent months. Here’s an update:

A February ruling from the UK Supreme Court has decreed that Uber drivers must be treated as workers rather than self-employed contractors. This is the culmination of a long legal battle in which two former Uber drivers argued that the company was breaking UK employment law by not offering them holiday or sick pay or other workers’ protections.

This landmark ruling is likely to have ramifications for workers in the gig economy both in the UK and beyond, and has already impacted Uber’s share price. The Supreme Court said that Uber exercised control over workers by unilaterally setting contract terms and pay rates and this is the basis for their finding that the drivers were workers, not independent contractors.

The Transport Workers’ Union (TWU) National Secretary Michael Kaine says that the ruling proves that Australian contractors for Uber and Uber Eats have rights and gig economy workers should have protections enshrined in law. Kaine has called on the Federal Government to regulate this industry, saying that, ‘The rest of the world is leaving Australia behind while our laws remain out of date. The need to regulate is urgent with delivery riders dying on the roads and rideshare drivers being ripped off. Our aim is for regulation to put in place an independent tribunal to give workers the rights and protections they need.’

In our earlier article on this issue, we mentioned that the NSW Government had established an investigative Taskforce led by SafeWork NSW and Transport NSW to examine whether avoidable safety risks led to the fatalities of the NSW food delivery riders mentioned earlier.

The Transport Workers’ Union (TWU) has criticised the findings of the Taskforce, some of which suggested that riders’ lack of familiarity with NSW road rules and poorly maintained bicycles and motorbikes were common hazards that led to injuries. The Taskforce also said the app should reflect more realistic delivery times to reduce unreasonable time pressures on riders and lock riders out after 12 hours of working to recognise and address rider fatigue. The TWU has said that it welcomes the focus on the ‘safety crisis in food delivery’ but overarching government regulation would be a more effective approach than the various non-binding guidelines recommended by the Taskforce.

Late last year, Uber reached a settlement with Australian former food delivery rider, Amita Gupta, before the federal court could rule on whether Gupta was a contractor or employee. Gupta took Uber to court claiming unfair dismissal after she was cut off from the app due to late deliveries.

Although two earlier rulings in the Fair Work Commission came down in favour of Uber (agreeing that Gupta could not claim unfair dismissal as she was not an employee), some commentators believed that Uber was feeling increased pressure and was not confident this would be upheld in Gupta’s subsequent federal court appeal, hence the settlement.

The TWU continued to argue for government regulation as Uber introduced a variety of safety equipment for riders including lights, bells and reflective vests. Uber has also introduced technology that can detect whether a rider is wearing a helmet, but they must purchase the helmet themselves. The TWU says Uber should provide helmets as well as PPE and wet weather gear for riders, and their failure to do so means that they are still not addressing the cause of the delivery driver safety problem, but merely the symptoms.

In January this year, Uber sent new contracts out to Uber Eats delivery drivers in Australia that required them to have an ABN and take out their own insurance. The contracts stated that riders or drivers who signed the agreement were self-employed contractors and not in an employment relationship with Uber.

Another aspect of the contract gave Uber the right to alter the terms of the agreement and terminate contractual arrangements if riders engaged in conduct that attracted regulatory scrutiny or adverse publicity or media attention. According to the TWU, this amounted to a gag order and showed that Uber knew the working conditions of riders were unacceptable. A spokesperson for Uber said this clause would be removed.

What does all this mean for Australian employers?

At this stage, much of the gig economy remains unregulated, although there are discussions at both the state and Federal level about how regulations can be implemented. If the various legal stoushes of Uber are anything to go by, it seems that employers with contractors will need to be vigilant about upholding their responsibilities to these workers as they evolve.

We’ll keep you updated on any changes, but for now, please get in touch if you’d like assistance to review your organisation’s contractor management policies and safety guidelines to protect your workers and your business.

Remember to check out our Toolbox webshop for templates including the Approved Contractor Register and the Contractor Induction Checklist!