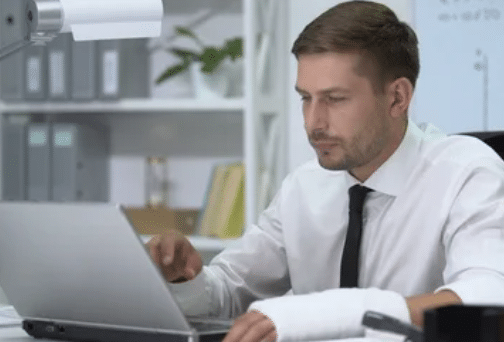 Fresh pair of eyes for longer return to work case

Sometimes, a fresh pair of eyes can bring the clarity that’s needed for a longer-term return-to-work case which had come to a plateau to achieve an upswing in the recovery progress. When Stephen Tziotisis, Recovery Partners Senior Rehabilitation Consultant, met *Phillip, he realised that the situation had evolved to become quite different from how it began. ‘Phillip was a retail worker in a management role whose duties involved both administration tasks and physical work, such as moving boxes of stock,’ says Stephen. ‘The initial reason for the claim was due to a physical injury Phillip sustained at work in late 2018, in which he fractured his right forearm and also suffered some cartilage damage.’

Miscommunication meant worker return to regular duties whilst in a splint

Phillip underwent surgery and his surgeon referred him to a hand specialist physio for treatment. By March, Phillip had returned to work and to his regular duties. ‘I think there was some misunderstanding about what Phillip’s capacity for work actually was,’ explains Stephen. ‘Phillip’s employer was asking him to perform his normal duties, but his arm was still in a splint. The medical certificate was a bit unclear, as there had been several changes in treating doctors as GPs moved around. Phillip’s manager was also in a different state, so they never actually saw him in person. These factors all contributed to the miscommunication.’ Phillip attempted to perform his regular duties, but soon became highly stressed about it. Not only was there a backlog of work that had built up while he was away with his arm injury, he also couldn’t operate at his usual rate, so daily tasks went unfulfilled too.

‘Phillip was having breakdowns at work, and it was affecting his home life,’ said Stephen. ‘He did have perfectionist tendencies and it distressed him that he couldn’t complete work to his usual ability. He also felt the expectations were unreasonable. The relationship with his employer at this time was not good.’ It was clear to Stephen that Phillip was now experiencing a secondary psychological injury that would also require treatment.

Stephen also identified that the physiotherapy that Phillip was undergoing was treating the injury but not actually improving his functional capacity for work, so his physical recovery had plateaued for some time. ‘At this point, a few things happened,’ says Stephen. ‘Phillip had been calling me for advice when he was breaking down at work, so I provided him with some strategies for minimising the impact his work stress had on the rest of his life, like setting clear boundaries by turning off his work phone and laptop when he left for the day. His GP diagnosed low mood and anxiety and recommended he see a psychologist, and I suggested that Phillip change from physio treatment to working with an exercise physiologist.’ Stephen also asked for a revised medical certificate from Phillip’s GP that stated clearly what his employer could reasonably expect of him, which changed from an equal split of duties to five hours of administration work and three hours on the floor of the shop, per shift.

Within a month of beginning treatment with the exercise physiologist, Phillip’s physical capacity had increased dramatically. ‘The EP that Phillip worked with was able to treat him in a more holistic way, looking not just at the injury, but at Phillip’s capacity in the context of his work and life.’ What’s more, Phillip had also put on weight while he was recovering from his injury, so his sessions with the EP had the added benefit of helping him shift it, says Stephen. ‘The exercise physiologists often work with clients at a gym near them, and they get a gym membership as part of their program. Phillip’s now going to the gym of his own volition in addition to the EP sessions and told me he plans to extend the membership as he’s really enjoying it.’

Stephen had to employ his best diplomacy skills to make sure Phillip was able to access the psychological support he needed in addition to the physical assistance, but was eventually successful in this, too. ‘Not everyone was on the same page about Phillip needing to see a psychologist, and it took a bit of negotiation. But, I just needed to keep everyone focused on helping Phillip recover and return to full duties at work when he safely could,’ says Stephen. ‘That’s the goal, and sometimes it takes a lot of phone calls and emails back and forth to make sure it’s achieved.’

Phillip has now completed a trial to demonstrate his psychological fitness for work and has been certified as fit to make a full return to his pre-injury duties, more than a year after the first injury occurred. ‘The claim has closed, but Phillip’s treatment continues,’ says Stephen. ‘I’ll check in with him in a couple of months to see how he’s going, but I’m confident he’s now getting the support he needs.’

If you’d like a consultant to bring tenacity and objectivity to a longer-term return to work case, give Recovery Partners a call. We’ve got dozens of Stephens! Call 1300 OHS RTW (647 789) or email  enquiries@rrp.com.au .

How to build resilient, positive and mentally healthy organisations

What do tradies need to know about safety, health and rehab?

How does ISO Accreditation actually work?

RUOK in your Workplace?