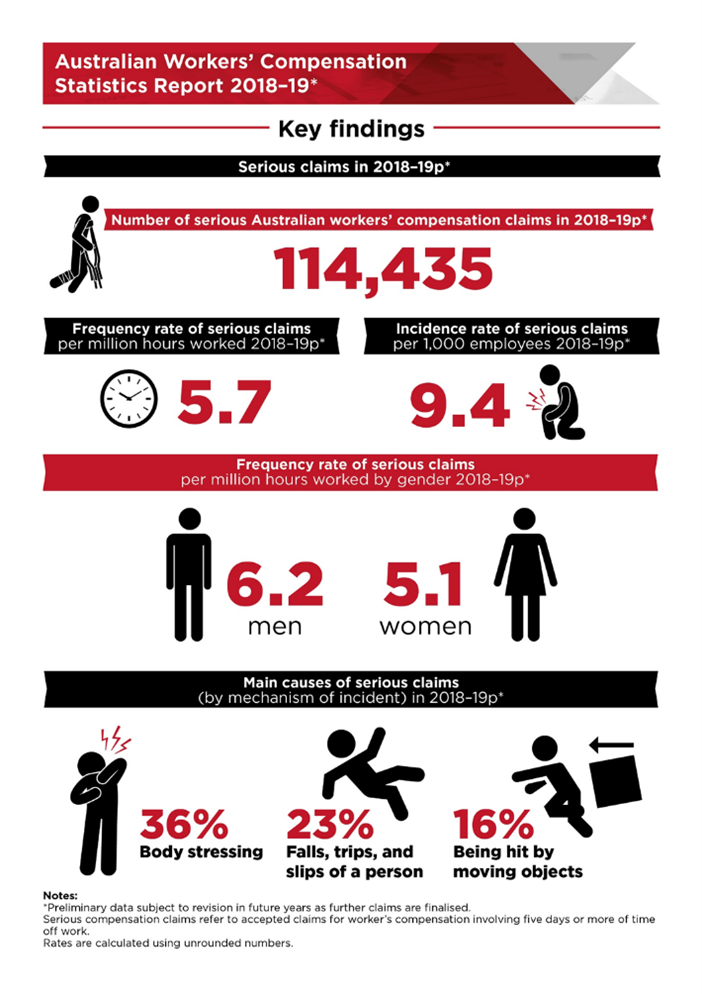 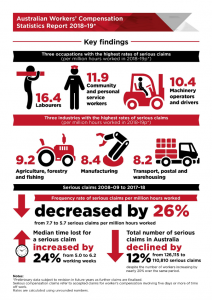 As well as these statistics, the report provides data on the industries in which these incidents occur, causation factors, and other demographic information like the age and gender of the workers involved. These data sets paint a comprehensive picture of the work-related traumatic injury fatalities in Australia.

Here are some of the key findings and statistics:

The report’s most notable finding is that worker fatalities increased, with 183 worker fatalities in 2019 due to injuries sustained during a work-related activity. Safe Work Australia began compiling this information in 2003, and the number of deaths peaked four years later, with 310 fatalities recorded in 2007. After this point, fatalities and the fatality rate began to decline.

Safe Work Australia identified some industries as priority areas. These are industries with high numbers and rates of fatalities and injuries or involve hazardous work. Some of the listed sectors (such as Manufacturing, Accommodation and Food Services, Health Care and Social Assistance, and Public Administration and Safety) have low fatality rates but high non-fatal injury rates. Accordingly, the priority industries are as follows:

The road transport industry (including postal and warehousing) had 58 worker fatalities in 2019.
The majority of these fatalities were due to vehicle collisions, followed by workers being hit by moving objects.

In 2019, workers in the following occupations killed:

Thirty-nine bystanders were killed due to the actions of another worker or a fault in a workplace in 2019. 46% were due to a vehicle collision, and 18% were due to a worker hit by a moving object.

Model WHS Laws Amendments: All About Psychosocial Hazards and Risks