No Worker’s Compensation? No worries. Employer organises a return to work plan with Recovery Partners

For some, the weekends allow for a bit of rest from the work week and time to manage the housework. Michael Bowring* had spent a Sunday in June 2021 rearranging the pot plants in his back yard.

Michael had felt a pinching sensation in his back, though thought nothing of it. He was determined to get the job done before the start of the new work week. However, it was from that day, Michael began to feel sore whilst he slept, and complained of a “funny feeling” in his neck and back for weeks.

This began to affect his ability to lift at his highly physically demanding job as a cook for a confectionery company. He then decided to visit his GP and a specialist. He was shocked at the diagnosis.

As the injury occurred outside of work, Michael was not eligible for workers compensation. However, his employers requested the help of Cat Quan from Recovery partners for Return to Work assistance in July 2021.

“Michael was stressed about his operation and missing work”, Cat explains. “He was the main income earner for his family and was desperate to start earning money again. The spinal surgery was very expensive”

Cat was asked by Michael’s employers to come on board and help assist with a Return to Work plan. They had sought out Cat’s knowledge as she has helped the company with another RTW case.

Cat built a good relationship with the employer, and they were happy to seek out her assistance outside of Worker’s compensation. 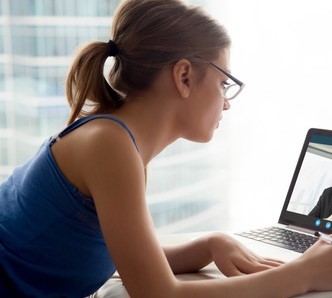 The employer did have an onsite physiotherapist twice a week, but covid restrictions meant this was reduced. In addition, Medicare only offered 5 sessions of physio a year, making it harder for Michael to receive ongoing support. Cat was able to coordinate a timetable for Michael to receive his Medicare and company on-site treatment.

Cat also discussed with Michael’s Doctor an appropriate Return to Work plan. This was approved upon by the Doctor in only one review.

A workplace assessment and a functional assessment were conducted by Cat, to get a baseline of where Michael was with his injury and physicality.

A successful Return to Work

Michael’s role involves warehouse duties and requires physical lifting and carrying up to shoulder height. Being quite tall, he would have to look down a lot, impacting his neck injury.

Michael was able to return to light duties such as pick packing during his rehabilitation. Whilst this wasn’t his main passion of the role, it did allow him a quick turn around to start earning money following his surgery.

As of September 2021, Michael has been slowly increasing his capacity every 3-4 weeks on reduced hours with suitable duties

What makes this case unique?

There was no workers compensation. With the injury occurring outside of work, Michael’s surgery and rehabilitation was out of his own pocket.

His employer wanted to help him with the financial burden and sought the help of Cat to create a RTW plan.

They didn’t need to enlist a rehab consultant, but they chose to.

The employer thought highly of Cat and reached out to provide Michael his best chance at a Return to Work and regular income.

Enquire about a Return To Work Plan

If you’re looking for more information about Return-to-Work Coordination, or you would like to refer your client,
speak to us today!

The nightmare before Christmas for nurses and other frontline workers

Family and domestic violence while working from home

Grasping a new reality: Helping a hospitality worker with a hand injury

The impacts of COVID-19 on Workers Compensation: Will there be a “COVID-19 levy”?