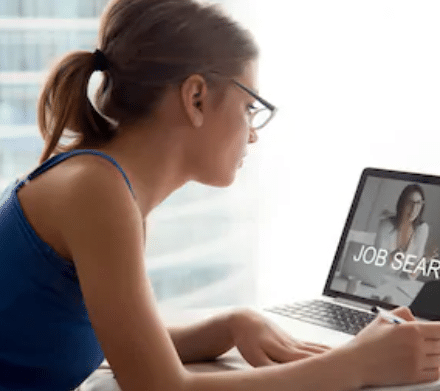 When Recovery Partners Senior Psychologist, Jade Deininger (one part of the dream team), went on maternity leave, she handed a special long term RTW case over to Vritika Chandra (second part of the dream team), a Senior Rehabilitation Consultant and psychologist also. While all cases are important to the consultants who work on them, it was clear that Jade had formed a good relationship with *Tina over the long period of her recovery, Vritika explains, and had been a source of support for Tina in an undoubtedly difficult time.

Workplace bullying results in depression, anxiety and a panic disorder

‘Jade initially met Tina in 2017 after she experienced a psychological injury and was declared as having no capacity for work,’ says Vritika. ‘Tina had left her role in IT as a result of workplace bullying and was diagnosed by her GP with depression and anxiety.’

Tina was subsequently referred for an Independent Medical Exam (IME) and was further diagnosed with a panic disorder and an adjustment disorder in addition to her depression and anxiety. ‘We see adjustment disorders a lot in cases of bullying,’ Vritika says. ‘Sometimes there’s not a particular trigger, but the person who has experienced the bullying becomes fixated on it and will ruminate on it a lot, wondering why it happened to them. They find it very hard to let it go, even if the bullying behaviour itself has ceased.’

Tina underwent treatment with a psychologist but had no capacity for work for more than a year. Then, when she did eventually return to work at reduced hours and in a different team, it didn’t go well. The mental health issues that Tina was experiencing definitely impacted her ability to feel safe at work, says Vritika. ‘Tina didn’t feel that her employer was very supportive, and she was still struggling psychologically with what had happened. In the end, they agreed to part ways and her employment ceased.’

Tina hadn’t anticipated that she would end up having to find a new job. The change of circumstances made her feel quite stressed, Vritika says. However, Jade had worked hard to gain Tina’s trust, so, when Jade went on maternity leave, it was a smooth transition for Vritika to begin working with Tina instead. ‘Jade had done all the legwork in building Tina’s trust in Recovery Partners and what we do, and she and Tina had such a good rapport. Tina even knitted Jade a toy to give her baby. Because of this, it wasn’t a great leap for Tina to learn to trust me as well.’

Vocational rehabilitation can be scary

Although Tina was highly qualified and experienced, she was very overwhelmed at the prospect of finding a new job and didn’t know where to begin, Vritika says. ‘She was passionate about her industry and good at her job, but her anxiety was holding her back. Sometimes, a new workplace can be a good opportunity for a fresh start, but it can also be really scary.’ To address these barriers, Vritika broke the task of job-seeking down into smaller tasks for Tina to complete. ‘Jade had done a vocational assessment with Tina and identified what roles and opportunities she could apply for, but we needed to work on her resume before she could start applying. It was very long and needed updating and editing.’

By giving Tina smaller but still genuinely productive tasks, she could slowly build her confidence, Vritika says. ‘I met with Tina every two weeks, and we set small goals for her. Once her resume was complete, we started on her LinkedIn profile, reviewing and updating that, then moved to canvassing for jobs.’ When Tina began to apply for jobs, she experienced several rejections, says Vritika. ‘I was concerned that not getting the jobs she applied for would be a real setback for Tina. Her confidence was already low and I didn’t want it eroded any further. I made sure I spoke to her psychologist at this time to discuss strategies for reframing the rejections to keep her motivated and optimistic.’

Sharing in the success

After six months of searching, Tina found a new job and reported to Vritika that she was settling in well. ‘I was just so happy for her,’ Vritika says. ‘It was such a long road, and I think there were times when both Jade and I weren’t sure what was around the corner. But, Tina got there in the end, and she now has access to a psychologist for continued support and a whole arsenal of strategies for dealing with her anxiety if anything difficult comes up at work again.’ The case was closed in January, and Jade received a professional networking invitation from Tina not long after. ‘That was wonderful for all of us,’ Vritika says. ‘Jade was so thrilled, she sent us an email to tell us, even though she was on leave. I think Tina just wanted to share her success. It’s definitely a happy ending.’

If you’d like the assistance of a consultant who understands WHS and is also a qualified allied health professional in their field, give Recovery Partners a call. Call 1300 OHS RTW (647 789) or email enquiries@rrp.com.au .

Are you looking for work? Check out Recovery Partners Job Portal

Sales executive advances his career despite redundancy and COVID-19

Connect2Work Success! How Recovery Partners have engaged with the new SIRA program.

Back to school: How this injured NSW teacher made a successful recovery at work