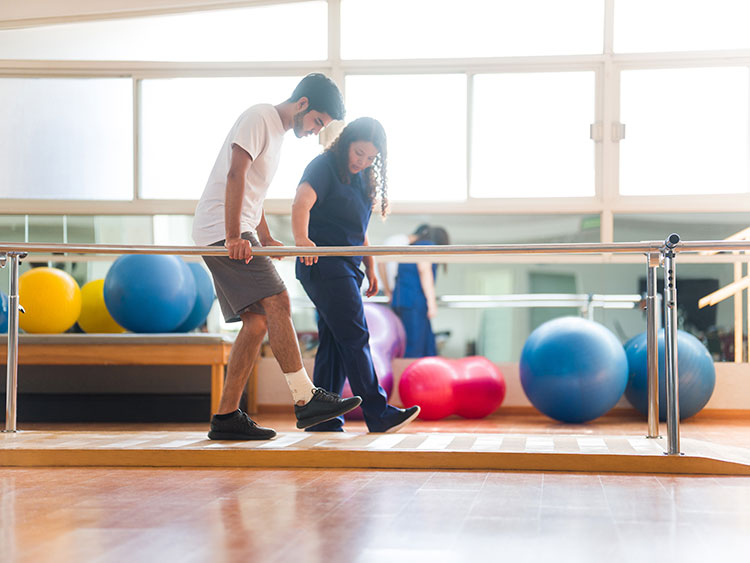 Giving up is not an option in a return to work case: How Jarrod Kelly, a Recovery Partners Rehabilitation Consultant, turned some of our toughest cases around

Our Rehabilitation Consultant, Jarrod Kelly, has never met a case he couldn’t turn around. Recovery Partners Rehabilitation Consultant and Exercise Physiologist Jarrod Kelly is getting a reputation for himself as the guy who’s never had a file he couldn’t progress. Why? Because he simply refuses to give up! Sometimes, our consultants work with files that have been active for some time. The course of return to work and rehabilitation paths is not always straightforward, so, despite our best efforts, there’s an occasional case that takes a bit longer to resolve. Jarrod Kelly has been handed a couple of those files lately and he’s taken them from stalled to signed off in a matter of weeks. Here’s how he did it:

Max’s case was stuck in the mud

*Max was a truck driver who had experienced a head injury in 2019. When Recovery Partners first received Max’s file, they worked with the insurers, employers and Max’s treating professionals to help Max make a safe return to work. When it was agreed that Max had the capacity to do so, he returned to work on suitable duties for two 6-hour shifts per week. When Jarrod was handed the file, Max was still only working those two shifts per week. ‘Max had a GP, and he’d seen a chiropractor, remedial massage therapist and neurologist,’ says Jarrod. ‘He’d experienced some cognitive issues following his injury, and these professionals had been enlisted to help him recover. But, there had been some relationship breakdowns and communication difficulties between Max and the other stakeholders, so things had become stagnant.’

Building relationships was the key

The first thing that Jarrod did was pick up the phone and speak to Max, in a conversation that lasted over an hour and a half, he says. ‘Max had a few grievances with some of his treatment providers and the insurers involved in his case. There had been some personnel changes at the insurers and Max’s work, and he’d gotten frustrated with speaking to different people, so he’d essentially cut off communication. He wouldn’t allow his neurologist to discuss his condition with anyone else. That was the biggest barrier to our progress.

To make sure I fully understood Max’s perspective, I chatted to him for a long time about his view of the situation. I think he appreciated being listened to and heard.’ Having that conversation with Max allowed Jarrod to build a more trusting relationship with him, and he also made an effort to form good working relationships with the other stakeholders involved in Max’s return to work process. ‘There were definitely some tangled lines of communication between them all,’ says Jarrod, ‘and it wasn’t always easy to get a hold of the right people to discuss the case. But, I kept picking up the phone and sending another email, and eventually, we had a good team who were all on the same page. That meant I could work with the RTW Coordinator at Max’s work, the insurer and the neurologist to piece together what had happened and work out how to move it forward.’

Max made a return to full working hours

The neurologist expressed his opinion that Max could start increasing his capacity immediately. As the neurologist was on good terms with Max, Jarrod and the other parties agreed that he was best-placed to discuss this with him. ‘After the neurologist and Max chatted about it, Max’s capacity for suitable duties increased to three days per week. Then, when that was successful, we gradually increased it again until he was back at work on full hours.’ Max is still in the 13-week monitoring period following his return to full working hours, but Jarrod is confident that he’ll be closing the case at that point. Persistence pays!

If you’d like Jarrod or another Recovery Partners Consultant to help you gain some momentum with your client or you’re an employer with a case that needs a fresh pair of eyes on it, get in touch.